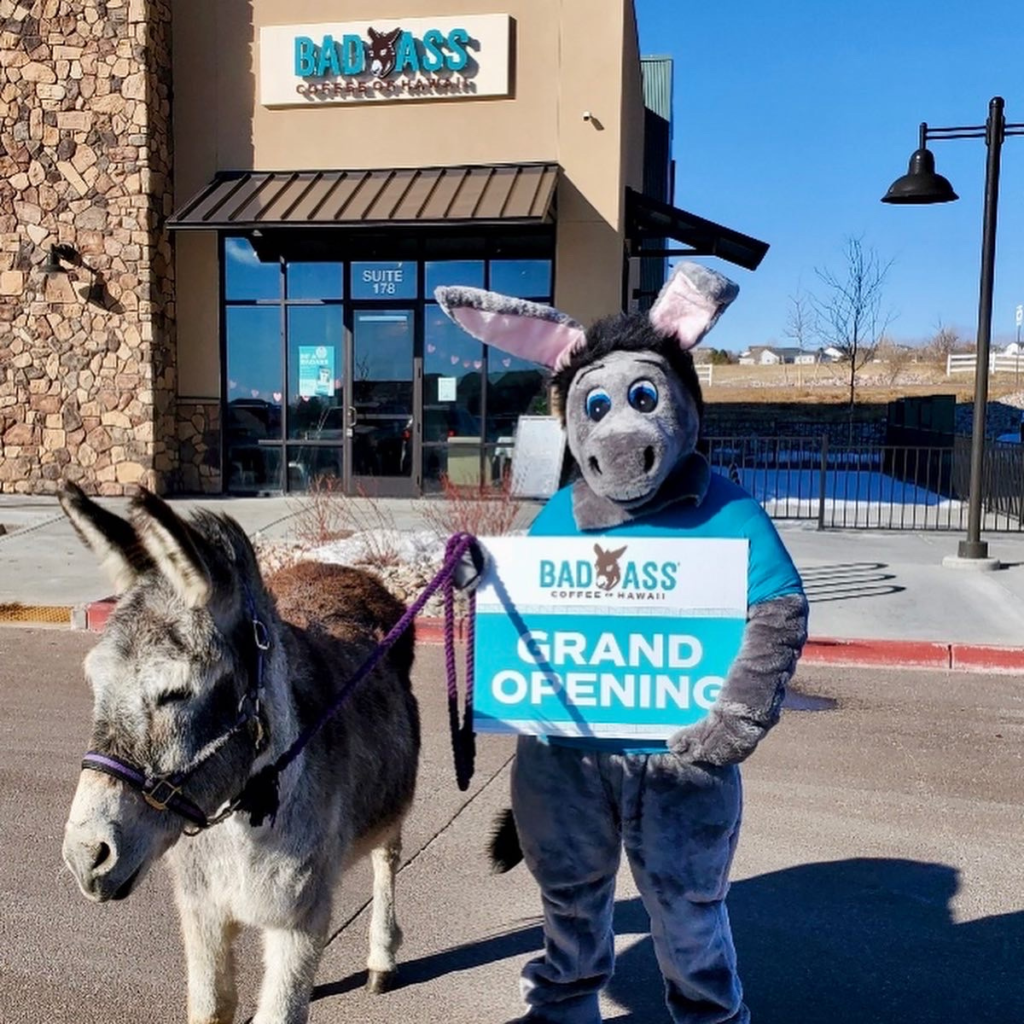 Coffee retailers have made their way to the Pikes Peak region from Seattle, Oregon and even Nebraska.

Now, one of the area’s newest brands has arrived from Hawaii — via suburban Denver.

The brand, founded in 1989 on the Big Island of Hawaii, takes its name from donkeys that gained a reputation as the “bad ass ones” because they reliably carried heavy loads of locally grown coffee beans down steep mountains, according to Bad Ass Coffee’s owners.

Bad Ass Coffee made its way to the mainland when it was purchased in 1995 by a Utah businessman, who moved the company to that state. In 2019, Bad Ass Coffee was acquired by Royal Aloha Coffee Co. of Centennial, where it now has its headquarters.

Franchisee Lee Wilwerding, a veterinarian in the Colorado Springs area for several years who founded Powers Pet Emergency Services in 2005, said he’s been a fan of Hawaiian coffees for years after visiting there.